What is a Stock Market Crash?

A stock market crash is a sudden dramatic decline of stock prices across a significant cross-section of a stock market, resulting in a significant loss of paper wealth. Crashes are driven by panic as much as by underlying economic factors. They often follow speculation and economic bubbles.

The economy grew for most of the Roaring Twenties. It was a technological golden age, as innovations such as the radio, automobile, aviation, telephone, and the electric power transmission grid were deployed and adopted. Companies that had pioneered these advances, including Radio Corporation of America (RCA) and General Motors, saw their stocks soar. Financial corporations also did well, as Wall Street bankers floated mutual fund companies (then known as investment trusts) like the Goldman Sachs Trading Corporation. Investors were infatuated with the returns available in the stock market, especially by the use of leverage through margin debt.

On August 24, 1921, the Dow Jones Industrial Average (DJIA) was at 63.9. By September 3, 1929, it had risen more than sixfold, touching 381.2. It did not regain this level for another 25 years. By the summer of 1929, it was clear that the economy was contracting, and the stock market went through a series of unsettling price declines. These declines fed investor anxiety, and events came to a head on October 24, 28, and 29 (known respectively as Black Thursday, Black Monday, and Black Tuesday).

On Black Monday, the DJIA fell 38.33 points to 260, a drop of 12.8%. The deluge of selling overwhelmed the ticker tape system that normally gave investors the current prices of their shares. Telephone lines and telegraphs were clogged and were unable to cope. This information vacuum only led to more fear and panic. The technology of the New Era, previously much celebrated by investors, now served to deepen their suffering.

The following day, Black Tuesday, was a day of chaos. Forced to liquidate their stocks because of margin calls, overextended investors flooded the exchange with sell orders. The Dow fell 30.57 points to close at 230.07 on that day. The glamour stocks of the age saw their values plummet. Across the two days, the DJIA fell 23%.

By the end of the weekend of November 11, the index stood at 228, a cumulative drop of 40% from the September high. The markets rallied in succeeding months, but it was a temporary recovery that led unsuspecting investors into further losses. The DJIA lost 89% of its value before finally bottoming out in July 1932. The crash was followed by the Great Depression, the worst economic crisis of modern times, which plagued the stock market and Wall Street throughout the 1930s.

The mid-1980s were a time of strong economic optimism. From August 1982 to its peak in August 1987, the Dow Jones Industrial Average (DJIA) rose from 776 to 2722. The rise in market indices for the 19 largest markets in the world averaged 296% during this period. The average number of shares traded on the New York Stock Exchange rose from 65 million shares to 181 million shares.

READ MORE  Boeing vs Airbus (Which Stocks Should You Buy)

The crash on October 19, 1987, Black Monday, was the climatic culmination of a market decline that had begun five days before on October 14. The DJIA fell 3.81 percent on October 14, followed by another 4.60 percent drop on Friday, October 16. On Black Monday, the DJIA plummeted 508 points, losing 22.6% of its value in one day. The S&P 500 Index dropped 20.4%, falling from 282.7 to 225.06. The NASDAQ Composite lost only 11.3%, not because of restraint on the part of sellers, but because the NASDAQ market system failed. Deluged with sell orders, many stocks on the NYSE faced trading halts and delays. Of the 2,257 NYSE-listed stocks, there were 195 trading delays and halts during the day. The NASDAQ market fared much worse. Because of its reliance on a “market making” system that allowed market makers to withdraw from trading, liquidity in NASDAQ stocks dried up. Trading in many stocks encountered a pathological condition where the bid price for a stock exceeded the ask price. These “locked” conditions severely curtailed trading. On October 19, trading in Microsoft shares on the NASDAQ lasted a total of 54 minutes.

The crash was the greatest single-day loss that Wall Street had ever suffered in continuous trading up to that point. Between the start of trading on October 14 to the close on October 19, the DJIA lost 760 points, a decline of over 31 percent.

The 1987 Crash was a worldwide phenomenon. The FTSE 100 Index lost 10.8% on that Monday and a further 12.2% the following day. In the month of October, all major world markets declined substantially. The least affected was Austria (a fall of 11.4%) while the most affected was Hong Kong with a drop of 45.8%. Out of 23 major industrial countries, 19 had a decline greater than 20%.

Despite fears of a repeat of the 1930s Depression, the market rallied immediately after the crash, posting a record one-day gain of 102.27 the very next day and 186.64 points on Thursday October 22. It took only two years for the Dow to recover completely; by September 1989, the market had regained all of the value it had lost in the 1987 crash. The DJIA gained six-tenths of a percent during the calendar year 1987.

No definitive conclusions have been reached on the reasons behind the 1987 Crash. Stocks had been in a multi-year bull run and market Price–earnings ratios in the U.S. were above the post-war average. The S&P 500 was trading at 23 times earnings, a postwar high and well above the average of 14.5 times earnings. Herd behavior and psychological feedback loops play a critical part in all stock market crashes but analysts have also tried to look for external triggering events. Aside from the general worries of stock market overvaluation, blame for the collapse has been apportioned to such factors as program trading, portfolio insurance and derivatives, and prior news of worsening economic indicators (i.e. a large U.S. merchandise trade deficit and a falling U.S. dollar, which seemed to imply future interest rate hikes).

One of the consequences of the 1987 Crash was the introduction of the circuit breaker or trading curb on the NYSE. Based upon the idea that a cooling off period would help dissipate investor panic, these mandatory market shutdowns are triggered whenever a large pre-defined market decline occurs during the trading day. 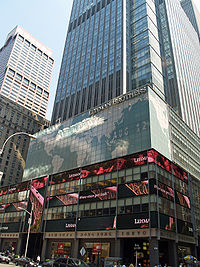 On September 16, 2008, failures of massive financial institutions in the United States, due primarily to exposure to packaged subprime loans and credit default swaps issued to insure these loans and their issuers, rapidly devolved into a global crisis. This resulted in a number of bank failures in Europe and sharp reductions in the value of stocks and commodities worldwide. The failure of banks in Iceland resulted in a devaluation of the Icelandic króna and threatened the government with bankruptcy. Iceland obtained an emergency loan from the International Monetary Fund in November. In the United States, 15 banks failed in 2008, while several others were rescued through government intervention or acquisitions by other banks. On October 11, 2008, the head of the International Monetary Fund (IMF) warned that the world financial system was teetering on the “brink of systemic meltdown”.

The economic crisis caused countries to close their markets temporarily.

On October 8, the Indonesian stock market halted trading, after a 10% drop in one day.

The Times of London reported that the meltdown was being called the Crash of 2008, and older traders were comparing it with Black Monday in 1987. The fall that week of 21% compared to a 28.3% fall 21 years earlier, but some traders were saying it was worse. “At least then it was a short, sharp, shock on one day. This has been relentless all week.” Other media also referred to the events as the “Crash of 2008”.

Having been suspended for three successive trading days (October 9, 10, and 13), the Icelandic stock market reopened on 14 October, with the main index, the OMX Iceland 15, closing at 678.4, which was about 77% lower than the 3,004.6 at the close on October 8. This reflected that the value of the three big banks, which had formed 73.2% of the value of the OMX Iceland 15, had been set to zero.

READ MORE  How to Buy Shares on Johannesburg Stock Exchange

On October 24, 2008, many of the world’s stock exchanges experienced the worst declines in their history, with drops of around 10% in most indices. In the U.S., the DJIA fell 3.6%, i.e. not as much as other markets. Instead, both the United States dollar and Japanese yen soared against other major currencies, particularly the British pound and Canadian dollar, as world investors sought safe havens. Later that day, the deputy governor of the Bank of England, Charles Bean, suggested that “This is a once in a lifetime crisis, and possibly the largest financial crisis of its kind in human history.”

On May 6, 2010, stock market indices in the U.S. fell 9% within a few minutes primarily as a result of high-frequency traders.

In July 2015, most stock on the Shanghai Stock Exchange fell 30% within a few weeks due to concerns about a slowing economy.

At the end of February 2020 stock markets around the world dropped dramatically, from the 24th of February to the 28th the FTSE 100 dropped 13% wiping £200 billion off the value of the UK’s leading shares. This was the biggest downward weekly drop since the global financial crisis in 2008. On 9 March, “Black Monday”, the FTSE fell by nearly 8%; other major European markets also opened with losses of about 8%, having followed huge falls in Asian markets. The Italian FTSE MIB fell 2,323.98 (11.17%), putting it in “crash territory.” The S&P 500 dropped 7.60% on March 9th alongside many other averages in a global crash. On March 12, the DJIA dropped by 9.99%, while the S&P 500 and the Nasdaq each dropped by approximately 9.5%. Earlier that day, the major stock indexes in Britain, France, Germany and Italy all fell over 10%.

Stock index futures declined sharply during President Trump’s address, and the DJIA declined 10% the following day — the largest daily decline since Black Monday in 1987 — despite the Federal Reserve also announcing it would inject $1.5 trillion into money markets.

How to Buy Shares on Johannesburg Stock Exchange

Stock Market 101 for Beginners (Learn How to Trade)

How To: Contacting IRS Via Telephone

Boeing vs Airbus (Which Stocks Should You Buy)